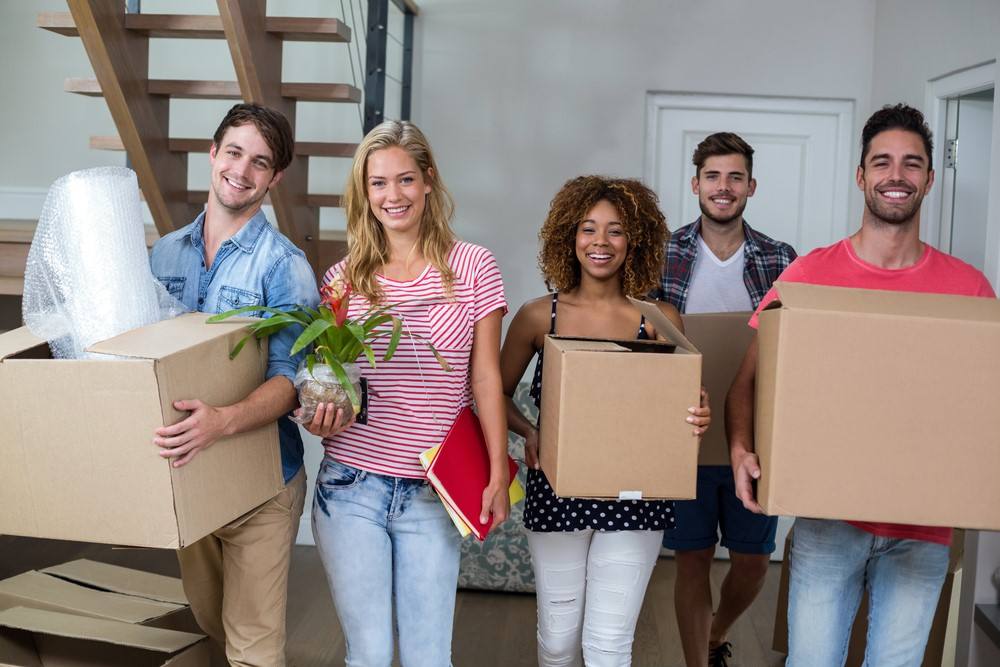 A day in the life of a Property Manager is never dull. One of the joys of my profession is meeting interesting people every day. If I had to choose who I enjoying meeting the most (landlords, tenants, contractors, developers, solicitors, other fellow professionals) then, I would have to say…landlords! The cogs of a landlord have always intrigued me and they can come up with some of the most interesting topics/ thoughts/ questions ever!!

The other day I met with a Walsall landlord who told me that he had been chatting with an architect friend of his who informed him that back in the mid 2000’s, the developments he was asked to draw up were a balance of one and two bed properties, compared to today where the majority of the buildings he is designing are more towards two and sometimes three bedrooms. Now of course, this was all subjective but it made me think if there was any truth in that and how this affected the Walsall property market?

This is a really an essential point as I explained to this landlord, as knowing when and where the demand of tenants is going to come from in the near future is just as important as knowing the supply side of the buy-to-let equation. Particularly in relation to the number of properties built in Walsall, property prices, yields and rents.

Nothing surprising there then. However, as my readers will know, there is always a ‘however’!

An extensive analysis of the 2011 Census results, using the most recent in-depth data on household formation (eg ‘one person households’, ‘couples/ family households’ or ‘couple + other adults households and multi -adult households’), has revealed a sudden and unexpected break with the trends of the whole of the 20th Century…

Between the years 2001 and 2011, Walsall’s population grew, as did the number of Walsall properties due to new home building. However, the growth rate of new properties built in Walsall was much lower than predicted. Still, the population has grown by what was expected, meaning the average household size was larger than anticipated in Walsall. In fact the average household size in 2011 was almost exactly the same as in 2001! The first time for at least 100 years it had not fallen between censuses. Since 1911, household size has decreased by around 20% every decade.

Looking at figures specifically for Walsall itself,

This decline was reflected in massive shifts in the mix of household types. In particular, there were far more “couple + other adults households and multi -adult households” than expected – 6.5% is a lot of households! 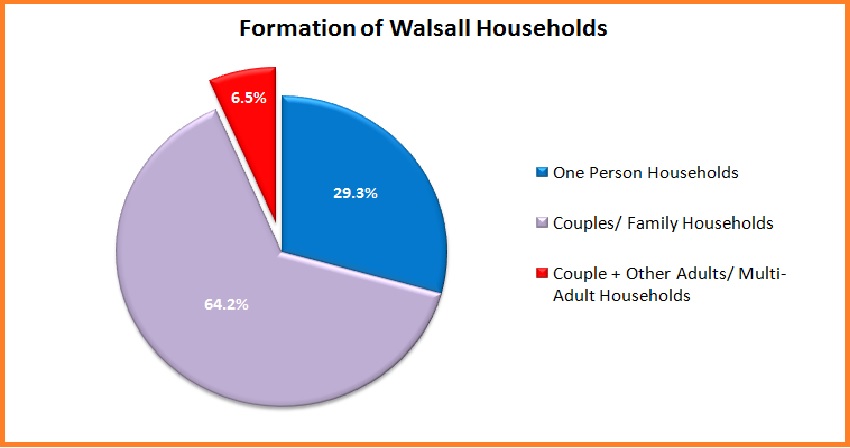 We can attribute this to mainly two reasons:

1) An increase in international migration
2) Changes to household formation

The chief factor for the difference can probably be endorsed by the evidence that migrants initially form fewer households, for example, two couples sharing one property, than those who have lived in the UK all their lives. Also, changes to household formation patterns amongst the rest of the population, including adult children living longer with their parents and more young adults living in shared accommodation as can be seen in the growth of HMO properties (Homes in Multiple Occupation).

So, what does all this mean for Walsall Homeowners and Landlords? Quite a lot in fact. There has been a subtle shift to slightly larger households in the last decade, meaning smart landlords might be enticed to purchase slightly larger properties to rent out – again good news for homeowners who will get good cheddar for their home as they sell on. But now with Brexit, household formation might swing the other way in the next decade? Who knows? Watch this space to keep up to date with ongoing developments…

If you want to find out more about the Walsall property market, sign up to the Blog or drop me an email.