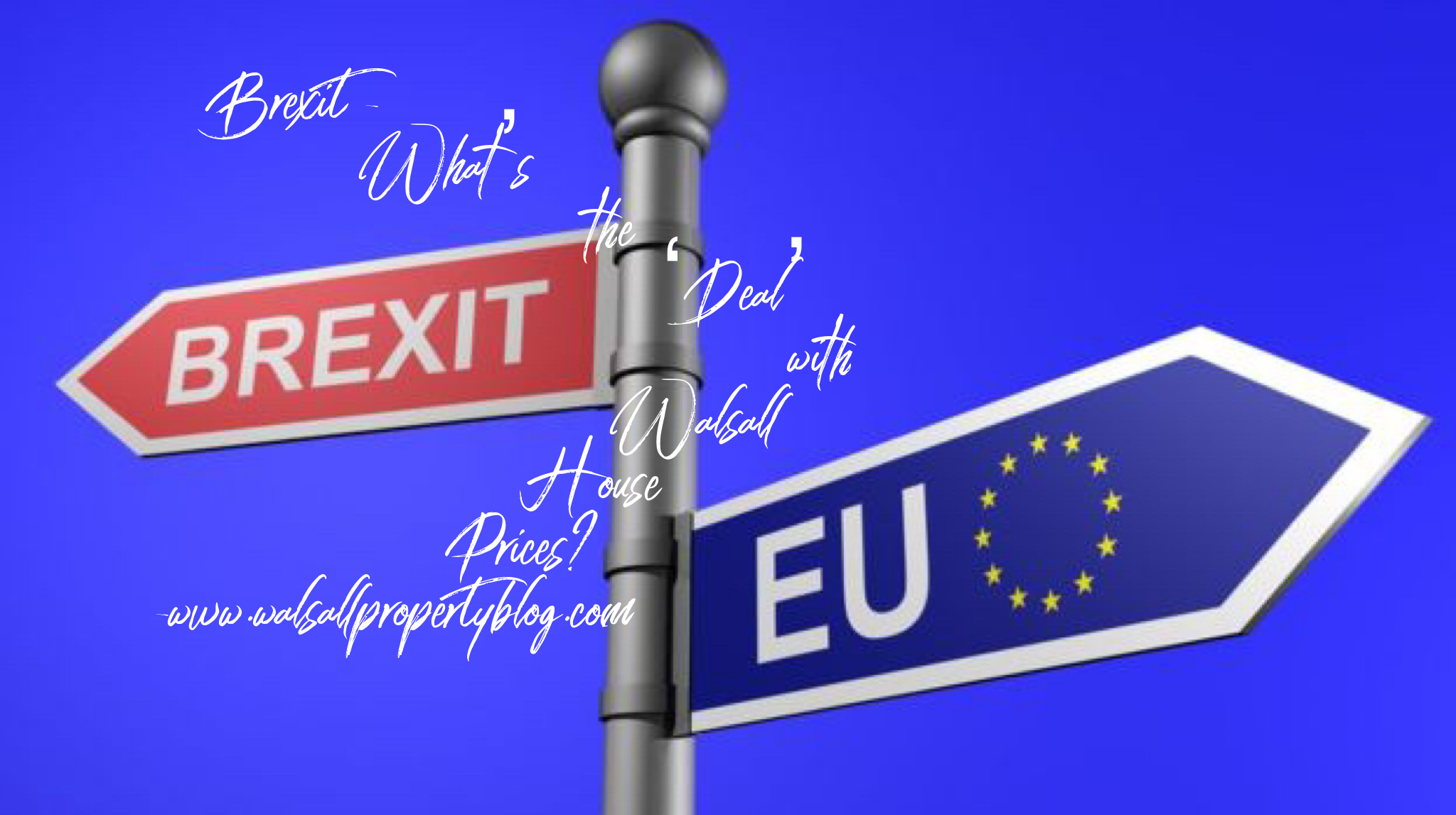 On a daily basis in Walsall I am talking to landlords and homeowners from all walks of life. Some are serial investors whilst others are accidental landlords or holding a small portfolio. I have always shared my thoughts on the local property market in Walsall and Brexit has come up a few times. Here are some links to past articles I have written on the topic:

I have been holding off giving my thoughts, as I did not want to add fuel to the stories being banded around in the national press. However, it’s obviously a topic that you as Walsall buy to let landlords and Walsall homeowners are interested in…

We may or may not as the case may be, have a potential deal in the offering, there is still an amount of ambiguity about the exit plan so I am going to try and give you what I consider a fair and impartial piece on what would happen in Walsall if a hard Brexit takes place in March 2019.

Now, it’s true the Walsall property market is seeing less people sell and move and the property values are increasing at a slower rate in 2018 compared to the lofty days of the first half of this decade, but before we all start panicking, let’s ask ourselves, what exactly has happened in the past couple of years since the Brexit vote?

Walsall house prices have risen by 8.25% since the EU Referendum…

…and yes, in 2018 (pending release of latest figures) we are on track and again, this is projected, to finish on 2,174 property transactions (i.e. the number of people selling their home)… which is less than 2017… but still higher than the long term 12 year average of 1,937 transactions in the local council area (Walsall North & South constituencies). 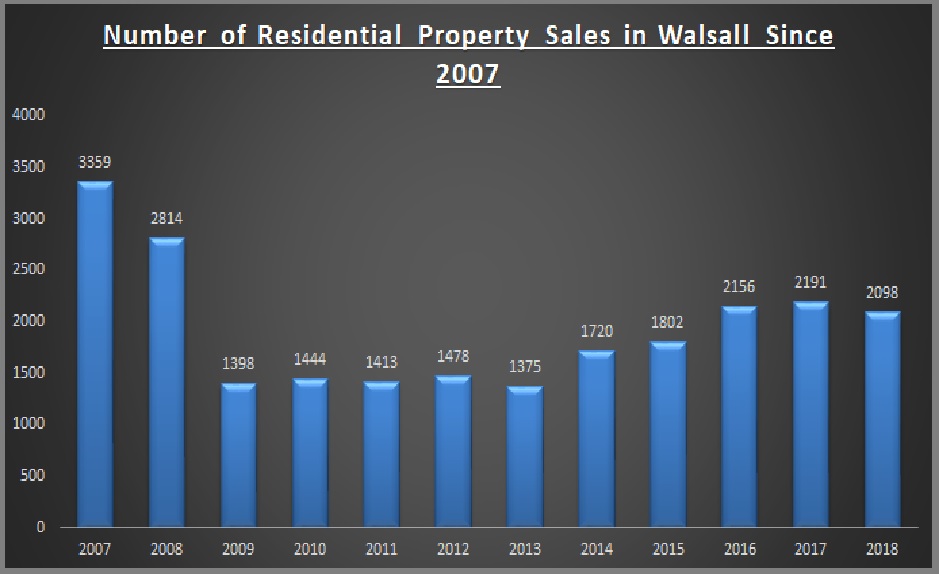 So, it appears the EU vote hasn’t triggered many major issues so far, however, if there was a large economic bombshell, that could be a different game, yet how probable is that?

The property market is mostly influenced by interest rates and salaries.

A hard Brexit would pacify wage growth to some degree, yet the level of the change will depend on the undetermined type of Brexit deal (or no deal). If trade barriers are imposed on a hard Brexit, imports will become more expensive, inflation will rise and growth will fall, although at least we are not in the Euro, meaning this could be strengthened by the exchange rate of the Pound against the Euro. In plain language, a hard Brexit will be worse for house prices than a deal.

So why did the Governor of the Bank of England suggest a disorderly hard Brexit would affect house prices by up to 35%?

I mean, it was only nine years ago we went through the global financial crisis with the credit crunch. Nationally, in most locations including Walsall, property values dropped in value by 16% to 19% over an 18-month period. Look at the graph and if we had a similar percentage drop, it would only take us back to the property value levels we were achieving in 2015!

Let’s not forget that the Bank of England introduced some measures to ensure we didn’t have another bubble in any future property market. One of the biggest factors of the 2009 property crash was the level of irresponsible lending by the banks. The Bank of England Mortgage Market Review of 2014 forced Banks to lend on how much borrowers had left after regular expenditure, rather than on their income. Income multipliers that were 8 or 9 times income pre-credit crunch were significantly curtailed – meaning a Bank could only offer a small number of residential mortgages above 4.5 times income, and that Banks had to assess whether the borrower could afford the mortgage if interest rates at the time of lending rose by three percentage points over the first five years of the loan… meaning all the major possible stumbling blocks have been mostly weeded out of the system.

A lot of Walsall homeowners will now wait for the outcome until they decide to move, meaning less choice for buyers. For Walsall landlords, some Walsall tenants are also likely to suspend moving until certainty of sorts returns, although I suspect, as we had this on the run up to the 2015 General Election when it was thought Labour might get into Government, during the lull, there could be some Walsall buy to let bargains to be had from people having to move or the usual panic selling at times of uncertainty.

Brexit, No Brexit, Hard Brexit… in the whole scheme of things, it will be another footnote to history in a decade.

We have survived the Oil Crisis, 20%+ Hyperinflation in the 1970’s, Mass Unemployment in the 1980s, Interest Rates of 15% in 1990’s, the Global Financial Crash in 2009… whatever happens, happens. People still need houses and a roof over their head. If property values drop, it is only a paper drop in value… because you lose when you actually sell. Long term, we aren’t building enough homes, and so, as I always say, property is a long game no matter what happens – the property market will always come good.

Growth in UK property values as well as in Walsall seems fated to slow over the next five to ten years, whatever sort of Brexit takes place. Time will tell…!!

If you are looking to purchase a property with letting in mind and you would like an expert opinion then by all means get in touch. Perhaps there is an angle that you haven't thought of that could yield you better returns. Are you interested in having me source high yielding investments for you? Manage your refurbishment projects? Help you get the very best trade discounts? Contact me today.