I received a very interesting letter the other day from a Walsall resident. He affirmed he was a Walsall homeowner, retired and mortgage free. In the letter he stated how unaffordable Walsall’s rising property prices were and that he worried how the younger generation of Walsall could ever afford to buy? He went on to ask if it was right for landlords to exploit the inability of others to buy property and if, by purchasing a buy to let property, Walsall landlords are denying the younger generation the ability to, in fact, buy their own home?

Whilst doing my research for my many blog posts on the Walsall Property Market, I know that a third of 25 to 30 year olds still live at home. It’s not surprising then that people are kicking out against buy to let landlords; as they are the gluttonous bad people who are cashing in on a social woe. In fact, most people believe the high increases in Walsall’s (and the rest of the UK’s) house prices are the very reason owning a home is outside the grasp of these younger would-be property owners.

However, the numbers tell a different story… 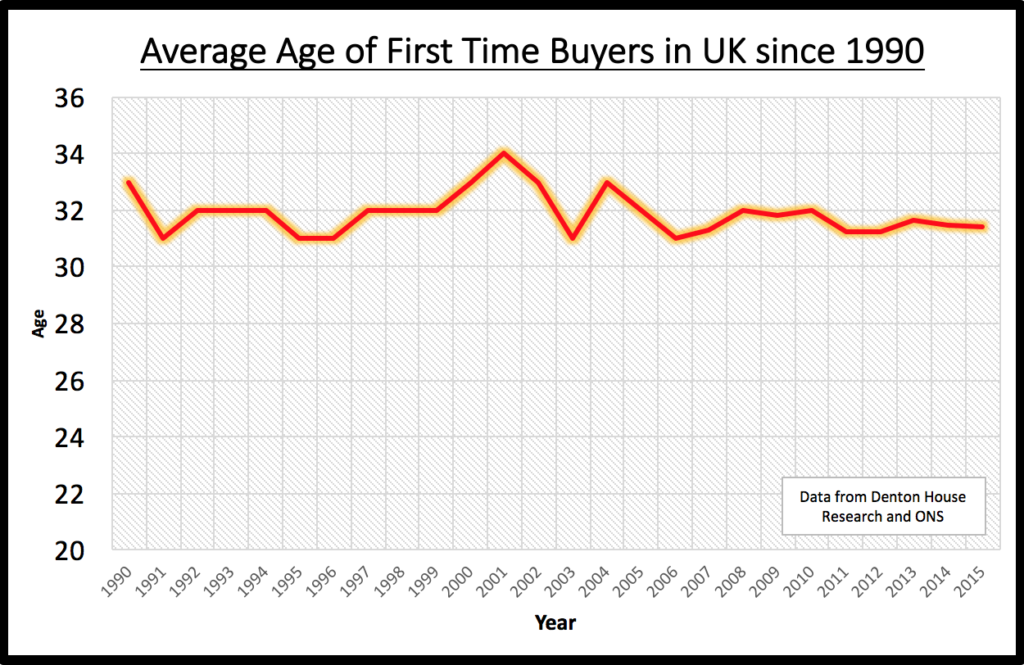 Looking of the age of first time buyers since 1990, the statistics could be seen to pour cold water on the idea that younger people are being priced out of the housing market. In 1990, when data was first published, the average age of a first time buyer was 33, today it’s 31.

Although, there are also indications of how unaffordable housing is, the house price-to-earnings ratio has almost doubled for first-time buyers in the past 30 years. In 1983, the average Walsall home cost a first-time buyer (or buyers in the case of joint mortgages) the equivalent of 2.3 times their total annual earnings, whilst today, that has escalated to 4.4 times their income, although let’s not forget, it was at 4.8 times their income for Walsall first time buyers in 2007.

So, to answer the gentleman’s questions about the younger generation of Walsall being able to afford to buy and if it was right for landlords to make money on the inability of others to buy property? It isn’t all to do with affordability – as the numbers show.

And what of the landlords…?

Some say the government should sort the housing problem out themselves, but according to my calculations, £18bn a year would need to be spent for the next 20 or so years to meet current demand for households. That would be the equivalent of raising income tax by 4p in the pound. I don’t think UK tax payers would swallow that.

So, if the Government haven’t got the money… who else will house these people? Private Sector Landlords. Thankfully they have taken up the slack over the last 15 years.

Some say there is a tendency to equate property ownership with national prosperity, but this isn’t necessarily true. The youngsters of Walsall are buying houses, but buying later in life. Also, many Walsall youngsters are actively choosing to rent for the long term, as it gives them flexibility – something our 21st Century society craves more than ever.

If you want to discuss anything lettings, please do not hesitate to contact me on 01922 311016 or email me at This email address is being protected from spambots. You need JavaScript enabled to view it.